The MRC Policy and Guidance on Sharing of Research Data from Population and Patient Studies requires the production of periodic reports on the nature and scale of data sharing and an assessment of performance. A retrospective report on data sharing covering the period April 2012 to August 2013 was reviewed by a lead independent access advisor (Professor Cyrus Cooper, MRC Lifecourse Epidemiology Unit, University of Southampton) and an advisory committee made up of external members, in October 2013, in line with the periodic review of access decisions model described in the MRC policy.

Table 1 below shows an updated report covering the two years since the MRC Policy and Guidance on Sharing of Research Data from Population and Patient Studies was established and includes all studies for which the Unit has primary responsibility. The report covers the period April 2012 to March 2014 inclusive and the main features are summarized below. 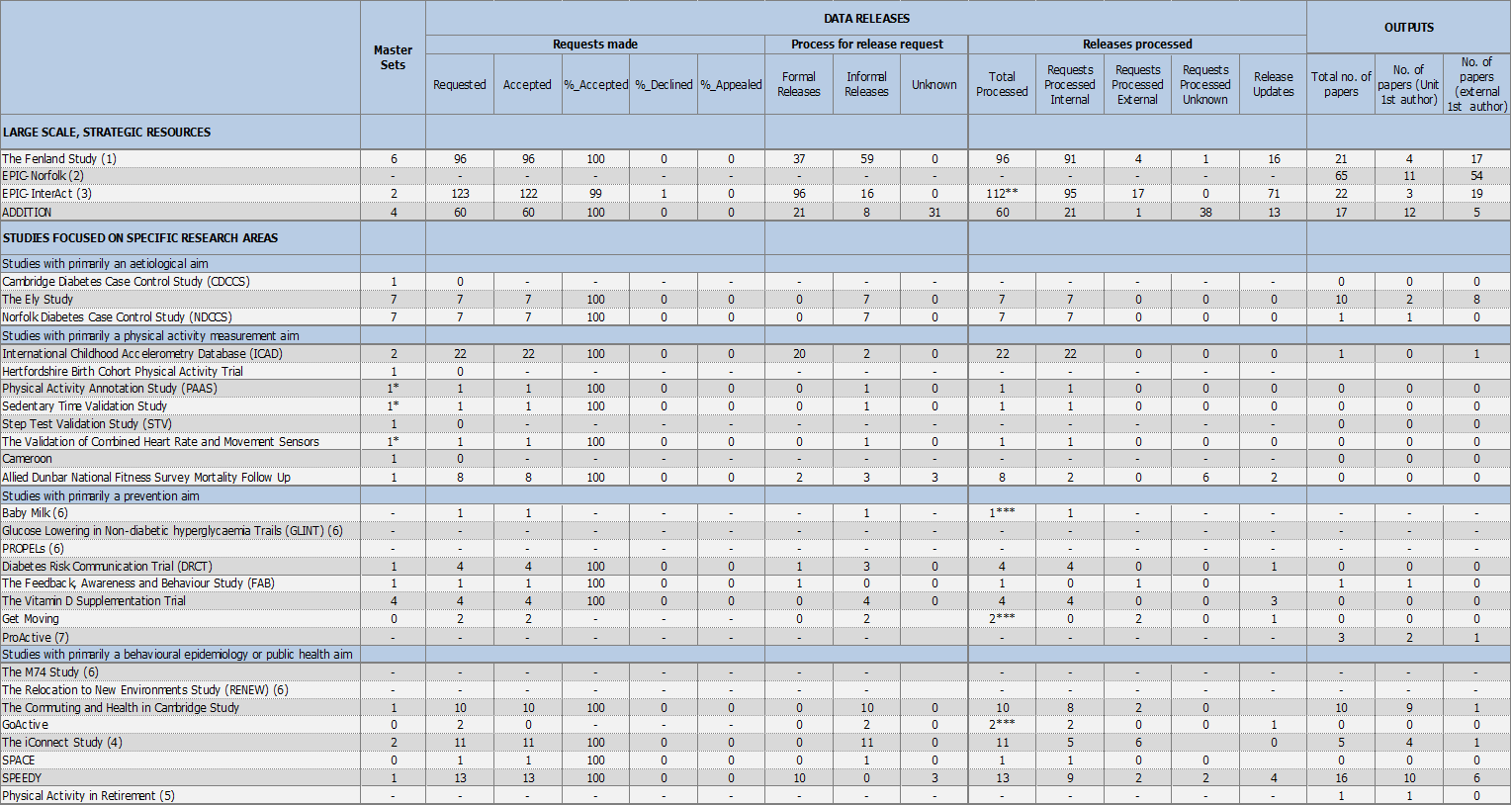